The End of Year Interview 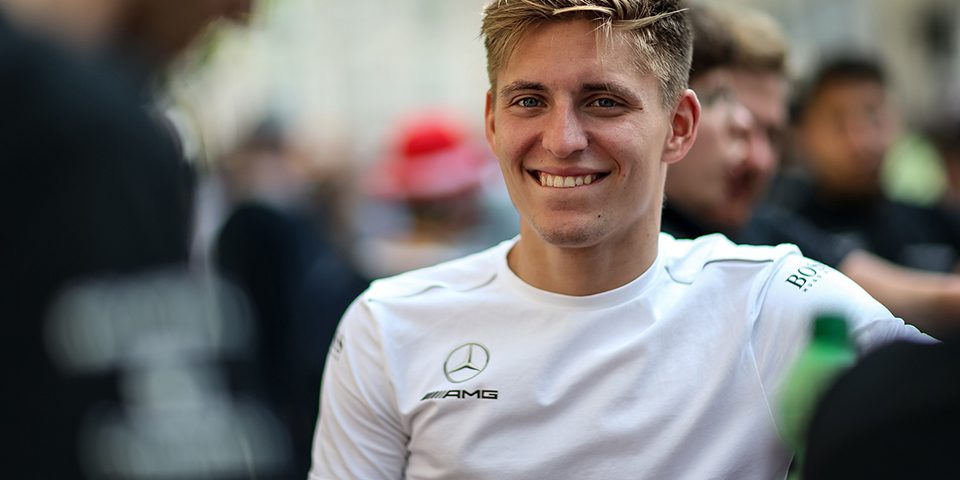 Maximilian Buhk has established himself right at the world´s top of GT racing drivers – and that by the age of 24. As the youngest ever winner of the 24 hours of Spa-Francorchamps (In 2013, he took victory with old master Bernd Schneider aged 20 only), for many years he has been amongst the hottest candidates when it comes to winning races and championship titles.

Within the last five years, he has collected a total of four internationally acclaimed championships and impressed this season with sensational successes – despite not taking the big crown this time and having secured Vice Champion of the Blancpain GT Series.

In his own words, the young Mercedes-AMG driver reflects upon this year´s season and looks hopefully into the future.

With Franck and Jimmy, you had two new team-mates this year, how was the start and how did you get on?
“It was an interesting mix of experience and speed. We all worked very professionally amongst each other, because we all wanted to be successful and aimed for the same goals. In the end, each of us is to one extend selfish, even though you share the car with your team-mates. But you also strive for shining with your individual performance. We were a great team, but that doesn´t mean we are best friends off the track.”

How many times have you competed in the Blancpain Series to date? How competitive was the championship compared to previous years?
“This year was my fifth season in the Blancpain Series. The championship and the entire surroundings become bigger and greater every year. The closeness and the competitors has immensely increased compared to previous years. The number of cars has also gone through the roof and all together, it´s not always that easy.”

This is the first years since 2015 that you could not win a championship title. What were the main three reasons in your mind for not achieving it?
“Simply said, we let too many unnecessary mistakes happen. Especially during the pitstops, the team did not work perfectly and faultlessly. In the end you could even say, that we relied upon our strong performance which we showed at the beginning of the year and we rested on our laurels. But the competitiveness is too high for that.”

In your mind what needs changing next year for you to secure a title again?
“We have to be more consistent. Mistakes and retirements cannot happen. There are not enough rounds for that either. And especially at great races, such as the 24 hours of Spa, you must take home some points. I also have to continue developing as a driver, not just in the race car, but also outside of it.”

Which circuits are in your opinion not suitable for GT3 racing anymore due to safety and driving issues?
“Personally, I really don´t like Zolder. I have never driven there with much joy. But other than that, I cannot say anything negative about other tracks.”

What are your plans for the Winter? Are you racing at Abu Dhabi or Dubai?
“My plan is to withdraw and spend more time with my girlfriend, my family and friends.”

How is the planning for 2018 looking at the moment? Can you reveal something at that stage?
“I can reveal that I am currently in talks with different manufactures, since my contract with Mercedes-AMG ends at the end of the year. But I have not made a decision as of yet.”

Are you doing a specific training program during the winter or do you go karting often?
“No. I stay loyal to classical endurance workouts, such as Running and Cycling. Every now and then I also go into the gym.”

Would you ever consider driving in another motorsport category other than GT3 racing?
“General speaking, I am open for any kind of motorsport. I am interested in many different championships from all over the world. However, I feel quite happy within the GT3 right now.”

Would you fancy competing in races such as the Indy 500 for example?
“Of course!” Also the 24 hours of Daytona and Le Mans are races, that every racing driver fancies taking part in.”