Maximilian Buhk with P3 in Season-Opener in Monza 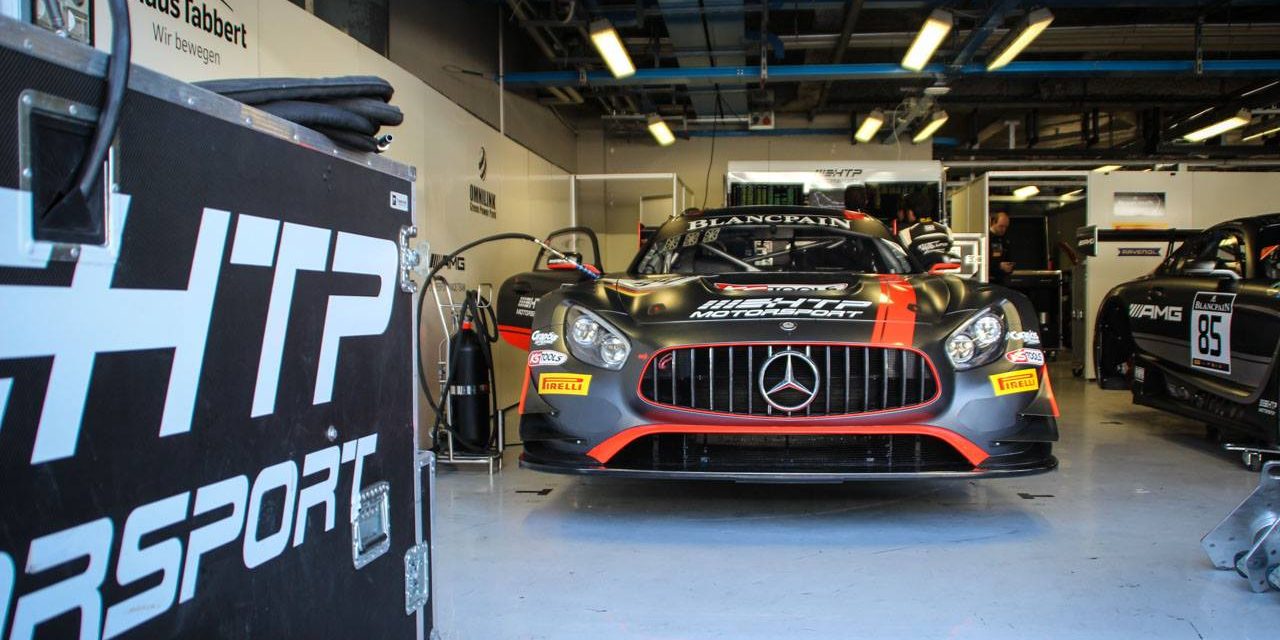 Maximilian Buhk also secured a podium finish at the season-opener of the Blancpain GT Series Endurance Cup in Monza (Italy). After a difficult start into the weekend and a disappointing 16th place in qualifying, the driver of the Mercedes-AMG Team HTP Motorsport impressed with a charge-through-the-field in his opening stint, which lead to finishing on the podium in third place together with his team-mates Franck Perera (FRA) und Jimmy Eriksson (SWE).

Following the outstanding success at the Sprint Cup in Misano three weeks ago, the start into the opening round of the Endurance Cup was everything but easy for Maximilian Buhk. Buhk set the quickest time internally in the #84 Mercedes-AMG GT3 in the third and final qualifying session, which saw him down in 16th place.

Buhk took behind the wheel for the start into the three-hour race in Monza and had a lucky escape, avoiding to get involved in a starting accident occurring right after the green flag towards the first chicane. Several cars spun right in front of him and a big accident happened involving a total of ten GT3 cars. The race was red-flagged shortly. With the re-start, Buhk was fully motivated and made up ground lap-by-lap. He was running in P13 at the re-start and got all the way up into fifth position when he steered the car into the pit-lane to hand-over the #84 to team-mate Eriksson.

The Swede demonstrated a good performance, whilst Frenchman Franck Perera also had a good stint making up some more positions to secure third place at the finishing line for the driver pairing.

“I just managed to avoid the starting accident and only took one of the advertising boards with me”, said the 24-year-old. “The car was simply running really well today. We had found the perfect Set-up and were able to attack right from the re-start of the race. Both my team-mates were able to also bring the performance of the car onto the track and it is really nice to stand on the podium in the first race of the Endurance Cup after the two wins in Misano (Sprint Cup).”