Maximilian Buhk takes victory at debut at the Hungaroring 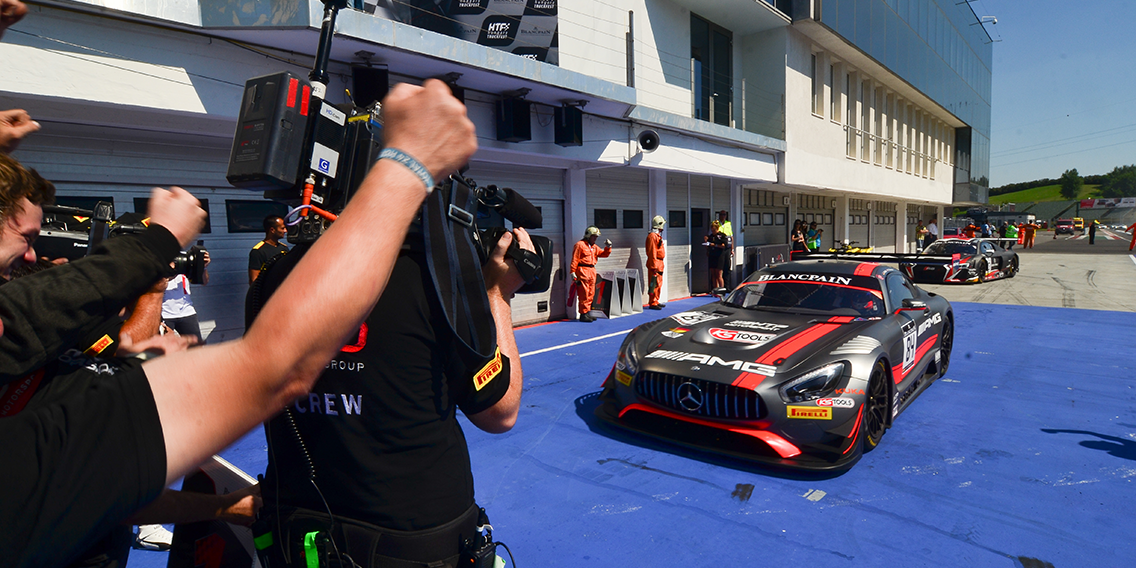 The 24-year-old AMG driver Maximilian Buhk has taken his first victory of the season at his debut at the Hungaroring. The Hamburg-based driver impressed in the second-to-last championship round in his #84 Mercedes-AMG GT3 run by AMG-Team HTP Motorsport. Together with his Austrian team-mate, Buhk is now Runner-up in the Sprint-Cup-Championship.

Straight from the beginning, Buhk was able to attack and set fast lap times on this new circuit. Buhk and his team-mate Dominik Baumann underlined the strong performance of the Mercedes-AMG GT3 with P3 in qualifying. Baumann, who took to the start of the qualification race, lost a position in the opening lap, with Buhk being able to fight back to the front runners. Buhk crossed the finishing line in fourth place.

Buhk started from fourth on the grid into the main race on Sunday. The 24-year-old was already on the better racing line going into Turn One. On the first lap, the competitors at the front went straight in one corner and Buhk took advantage to pass by and take the lead of the race. The AMG driver controlled the race from then on and pitted with a comfortable lead ahead of second place. The pitcrew sent team-mate Baumann back out on track still in the lead after a perfect pitstop. The Austrian was able to keep control of the race and take home a great victory.

“We had a very good weekend”, says Maximilian Buhk. “The differences between die previous SLS AMG GT3 and the new Mercedes-AMG GT3 were very noticeable at a tight track like Budapest, because it is easier to drive into tight corners since the car drives more precise. Both the team and my team-mate Dominik Baumann did a fantastic job. Thanks to the great work from the pitcrew, we were able to keep the lead just a fraction ahead of the Audi. We are now heading into the final exciting phase of the season and it will be a great battle for the title.”

The title decision will take place at the final Sprint-Race on 1st and 2nd October in Barcelona (Spain). The next Blancpain GT Series race for the Endurance Cup will take place on 17th and 18th September at the Nürburgring.