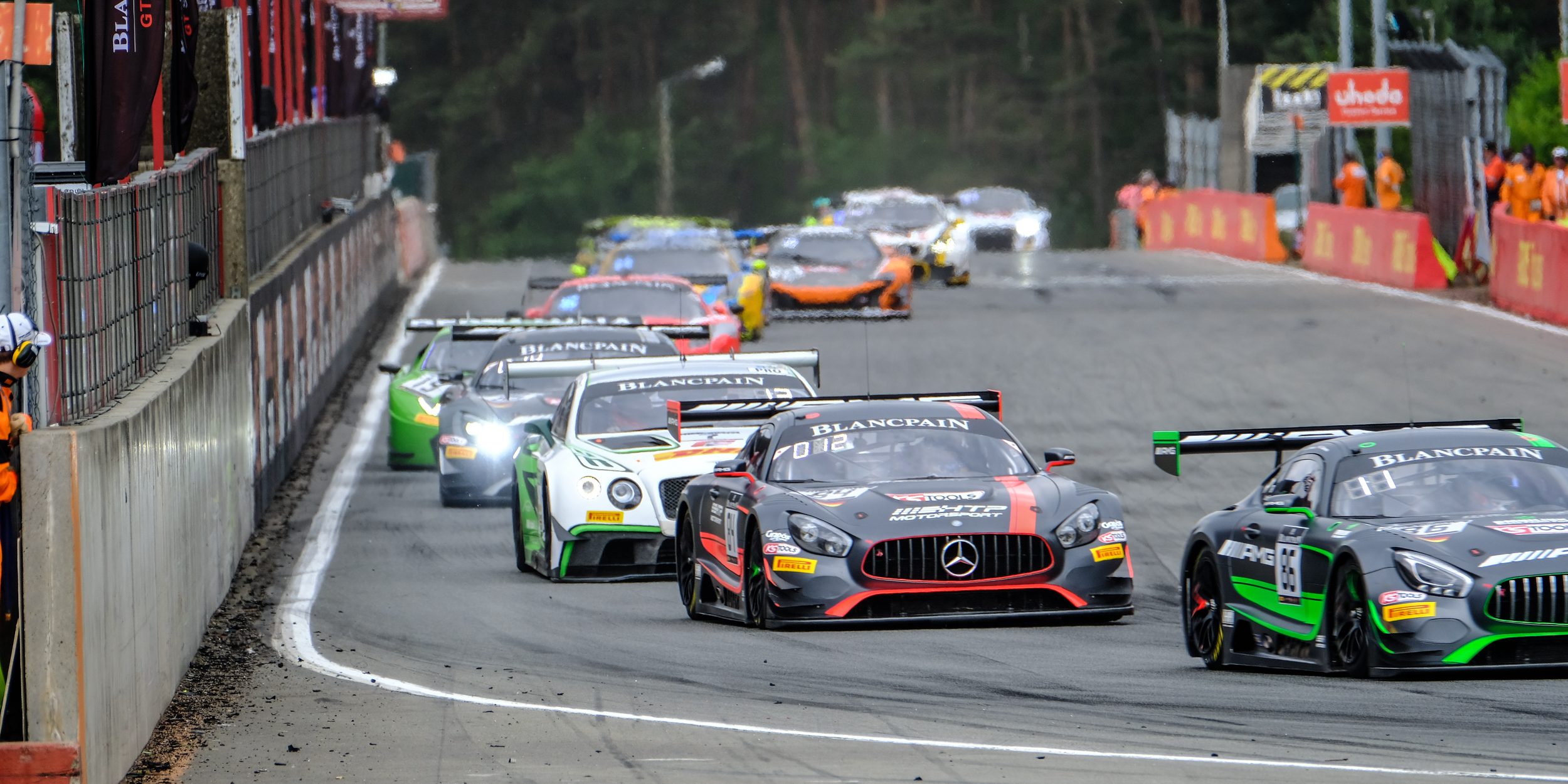 The fifth round of the Blancpain GT Series took place at the Belgium track in Zolder. The AMG-driver Maximilian Buhk was aiming to get as many points as possible plus achieve a good result in both one-hour Sprint Cup races. In an action-packed race on Sunday, Buhk secured sixth place and crossed the finishing line as the best-placed Mercedes-AMG GT3.

In both the first and second qualifying session, Maximilian Buhk and his French team-mate Franck Perera set the absolute best first sector time. The #84 Mercedes-AMG GT3 by the Mercedes-AMG Team HTP Motorsport eventually secured P11 for the grid of the qualification race on Saturday afternoon.

Buhk had a great deal of luck on his side when he managed to avoid the spinning cars #63 and #43. After a great opening Stint, the Hamburg-based driver handed the #84 to Perera in third position, who re-joined the track again in third. Everything looked like a safe podium finish, however, the team was given a drive-through penalty following a mistake by the Frenchman during the pitstop and driver change – a disappointing 16th place was the end result in the race.

“Unfortunately, Franck did a mistake during the pitstop when he started the engine too soon”, said Buhk. “Mistakes can happen, but this time it was especially hard, because with the #63 Lamborghini spinning right at the start we lost our main competitor in the race and we could have made up a lot of points in the fight for the championship title. Since the pitlane in Zolder is very long, we lost an immense amount of time.”

The narrow layout of the traditional track in Zolder has been known to be difficult for overtakings, however, Perera managed to make up three positions in the opening lap of the main race, running in P12. Perera had a great nose-to-tail battle with Enzo Ide in the #1 Audi until the Audi-Driver made a mistake, allowing the Frenchman to pass.

During the obligatory pitstop window, the #84 HTP car was one of the last cars to stop and taking the lead of the race momentarily. Maxi Buhk climbed behind the wheel of the #84 Mercedes-AMG GT3 for the final stint and returned on track in seventh place right behind Steven Kane´s Bentley. With 13 minutes to go until the end of the race, the track was declared “Full Course Yellow” following an accident involving two cars, however, five minutes later, the Safety Car took to the track. The restart went underway with only one race lap left to go. Buhk was unable to attack for further positions with a lapping PRO-AM car in between, but benefited from the retired sister car. He finished the race in sixth place, being the best-placed Mercedes-AMG GT3.

“The main race was thrilling from the very start right until the end”, said Buhk. “During my stint, every second asked for full concentration, because the field was so close together still. We did a good job and are pleased with P6. We have been able to extend our lead in the Sprint Cup by five points and have also come closer in the Overall Championship with only four points to the lead. This was very important and we are going strengthened into the upcoming race.”

The next race of the Blancpain GT Series will be held in three weeks. This time, the Endurance Cup will stop in Paul Ricard for the six-hour night race, the race to prepare for the 24-hour-race at Spa.