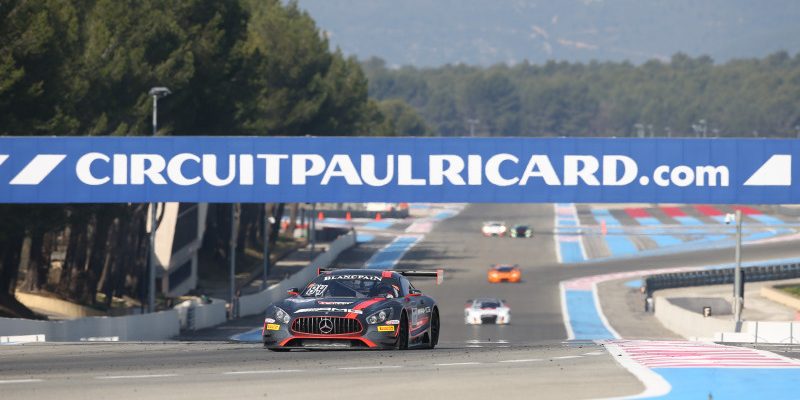 The six-hour race at the French track at Paul Ricard will mark the season´s half-way point of the Blancpain GT Series next week. The Endurance Cup race will be the first endurance test for the upcoming 24-hours of Spa. The AMG-driver Maximilian Buhk starts in the #84 Mercedes-AMG GT3 and is aiming for a successful weekend.

Paul Ricard is always one of the highlights per year, not only since the race commences at dusk at 6 pm and is finished by midnight. Therefore, the race offers ideal conditions to prepare both man and machine for the 24-hour-race at Spa (end of July). “I really enjoy driving at Paul Ricard”, says Maximilian Buhk. “The track is technically quite challenging, however there are generous run-off areas and you can allow mistakes to happen.”

At the five already completed race meetings of this year’s Blancpain GT Series, Buhk and his team-mates took to the podium four times. In Misano, they secured double victory in both the qualification and main race. A third place followed in Monza and after a heart-beating final at Silverstone, Buhk finished narrowly in second place.

“The season has been really exciting so far”, says Buhk. “The competitiveness is very strong this year and there are always the Top-10 cars fighting for a podium finish, there is no room for mistakes. All in all, I am happy with our performance, but now it is time to put our foots down. Especially in Paul Ricard a good result is important to have a reference point for Spa. My own personal goal is to have a reasonable good preparation for Spa. The focus is on a good overall result.”

Qualifying in Paul Ricard will take place on Saturday, 24th June 2017 at 10 am, with the race starting later that day from 6 pm.