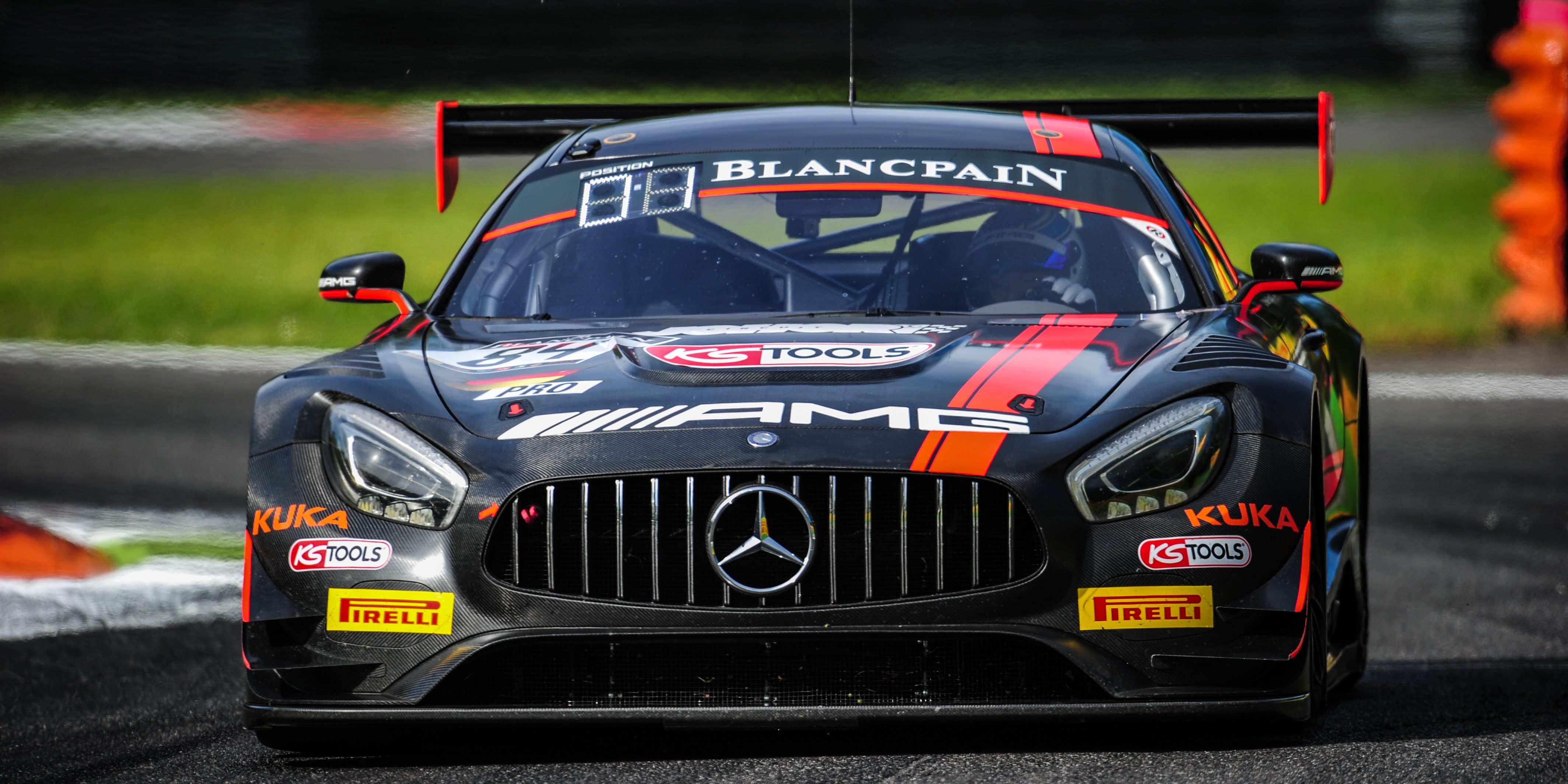 Maximilian Buhk caught a perfect start to the new Blancpain GT Series: The German driver dominated the field with two wins in two races in the opening round of the Sprint Cup in Misano three weeks ago. This coming weekend, the Endurance Cup will go underway and excites with the first of five rounds at the high-speed track in the Autodromo Nazionale in Monza.

The reigning champion missed out on the Endurance Cup crown last year by only one point. Following his two successes in the Sprint Cup, he is now 12 points clear ahead of the runner-ups in the overall Drivers Championship and is aiming to set the first milestone in the Endurance race on Sunday.

A strong second place podium finish followed on a great Pole Position in 2016. The 24-year-old would welcome the opportunity to also charge ahead in Monza this year with new team-mates Franck Perera (FRA) and Jimmy Eriksson (SWE). “We had a perfect race in Misano and we were specifically dominant in the main race on Sunday”, says Buhk looking ahead to the weekend.

“Saying that, we should not take this for granted since the competiveness of all cars in the field is probably the closest we have seen in recent years. Monza is a very demanding track for both man and machine and there have been some people suffering bad luck with a technical failure right before seeing the chequered flag. Misano has made us stronger and we know of the potential of the Mercedes-AMG GT3 and our abilities. One way or another, it will be a very exciting first Endurance Cup weekend.”