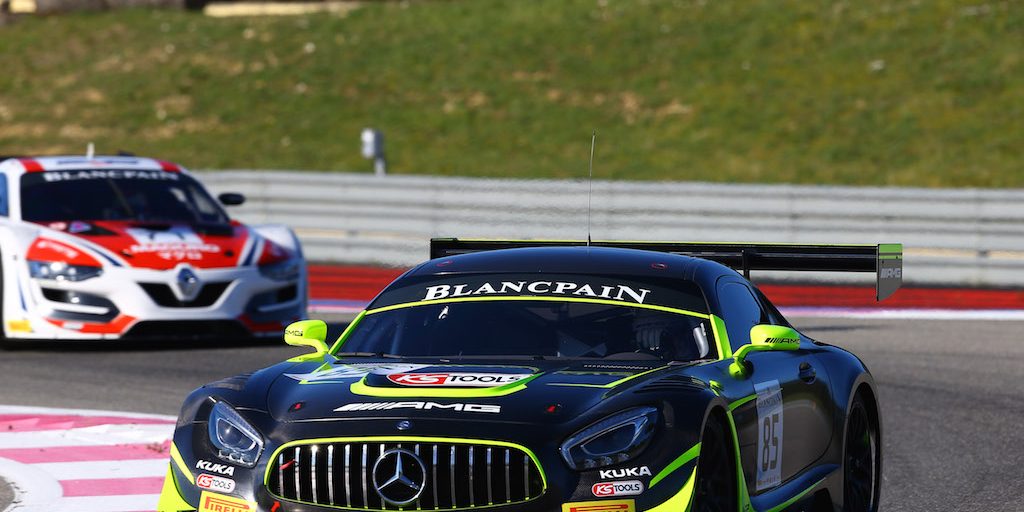 Dassendorf (DE). New racing car and new challenges: in 2016 Maximilian Buhk competes “star-struck“ and takes on a new challenge. Besides the ten races of the Blancpain GT Series Buhk tackles seriously the ADAC Zurich 24h-race at the Nuerburgring. The champion of the Blancpain Sprint Series starts for a familiar team again: as the new, official AMG driver the 23-year old races for HTP Motorsport in the fifth season already.

Buhk‘s long winter break ends at the first weekend in April: the native Hamburger’s first race of the season starts at the Nuerburgring-Nordschleife with the newly developed Mercedes-AMG GT3. Until summer it continues seamlessly at different tracks in Europe nearly every weekend. Besides the five races of each, the Blancpain Sprint and Endurance Series, the ADAC Zurich 24-hour race at the Nuerburgring is on the agenda. Further to that Buhk competes in the ADAC Zurich 24-hour qualifiying race and two additional VLN races. “I have already won the 24-hour race of Spa, but with the legendary 24-hour race at the Nuerburgring I face a new challenge that I’m really looking forward to.“

For HTP Motorsport Buhk is behind the wheel of the newly developed Mercedes-AMG GT3. “A great car,“ he summarizes his impressions after the first test. “You can feel the first hand familiarity with the SLS AMG GT3, which was extremely successful. The new car has evolved in many fields. As a driver you feel the shorter wheelbase and the more compact dimensions, thus the new car can be driven more dynamically.“

“Last year I had an amazing season with Bentley and once again I’d like to thank everyone involved for the great success. Now I’m looking forward to working with Mercedes-AMG. It’s a big bonus that I can still race for HTP Motorsport. I do feel very comfortable in this team, which is shown by the great success we achieved together. I’m looking forward to the new season with the Mercedes-AMG GT3.“