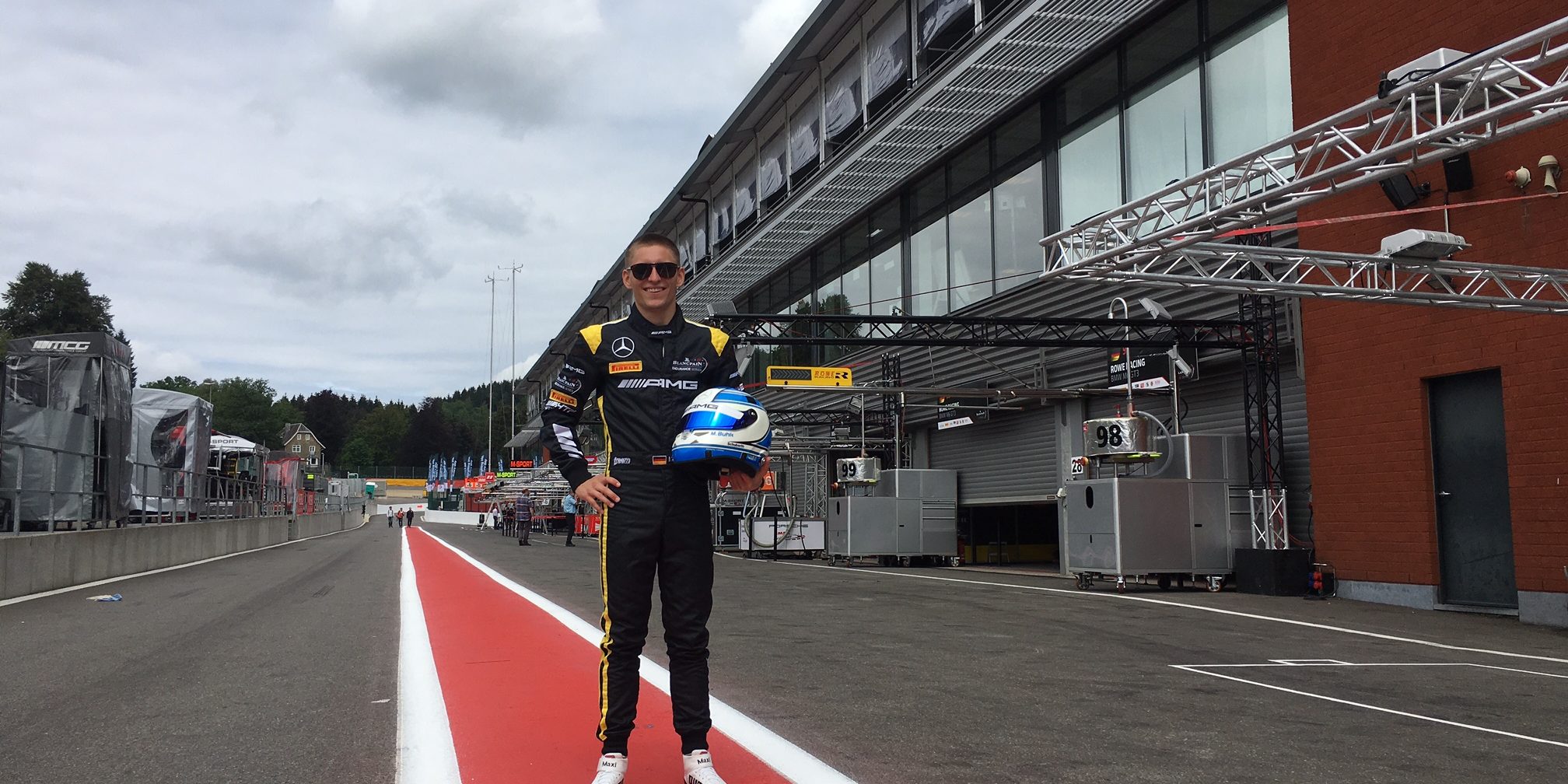 The „Total 24 Hours of Spa“ mark the second 24-hours-race for Maximilian Buhk this season. The Hamburg-based driver will take to the rollercoaster ride of Spa-Francorchamps – the race track, on which the 24-year-old took the incredible overall victory as youngest driver three years ago.

The AMG driver will compete alongside his team-mates from the Blancpain GT Series, Austrian Dominik Baumann and Jazeman Jaafar from Malaysia, who will race the number 84 Mercedes-AMG GT3.

Just ahead of the 24 hours, Maximilian Buhk is well-prepared and excited about the upcoming race.

Maximilian, in 2013 you were the youngest ever driver to take overall victory at the Spa 24 Hours, how did you feel about it at the time?
„It felt really good simply because we arrived in Spa without any expectations and without thinking about it too much. Of course, our goal was to finish as far up the ranking as possible, to show a competitive performance and drive as fast as possible. But to take victory in the end was just incredible.“  Last year, you retired with the Bentley early in the race, how do you see your chances this year with the new Mercedes-AMG GT3?
„Our chances should be quite good this year, because the Mercedes-AMG GT3 is a strong car. The team knows what it takes since it is not our first 24-hour-race with the new car. We saw that the car is reliable at the Nürburgring, therefore the package of drivers and team is good. There should be no reason, why we cannot achieve a good result.“

After the race at the Nürburgring, Spa is the second 24-hour-race within two months for you, which race is your favourite?
„At the moment, my favourite is still Spa, but maybe this will change in the future considering I have only done one 24-hour-race at the Nürburgring and the result was not exactly great. I know what to expect in Spa. It is a different racing, because the track is shorter and there are no slower or smaller cars around, which make overtaking and lapping much easier. The weather can play a big part to same as at the Nordschleife, but Spa is still my number 1.“

How do you prepare for a 24-hour-race?
„I don´t change much. I simply increase my cardio training and run longer and also go cycling a lot. I reduce my time in the gym and rather pay attention on the cardio part. We have also prepared well at the test day a few weeks ago, looked at data and analysed videos. I think we are well-prepared.“

What is your personal goal for the race in Spa?
„My personal goal is to have a clean and faultless race, in which we do the best as a team. And then we will see where we stand. Nobody can say that in advance. Just keep a cool head and don´t make any mistakes.“