Maximilian Buhk hunting for points at Final at Nürburgring 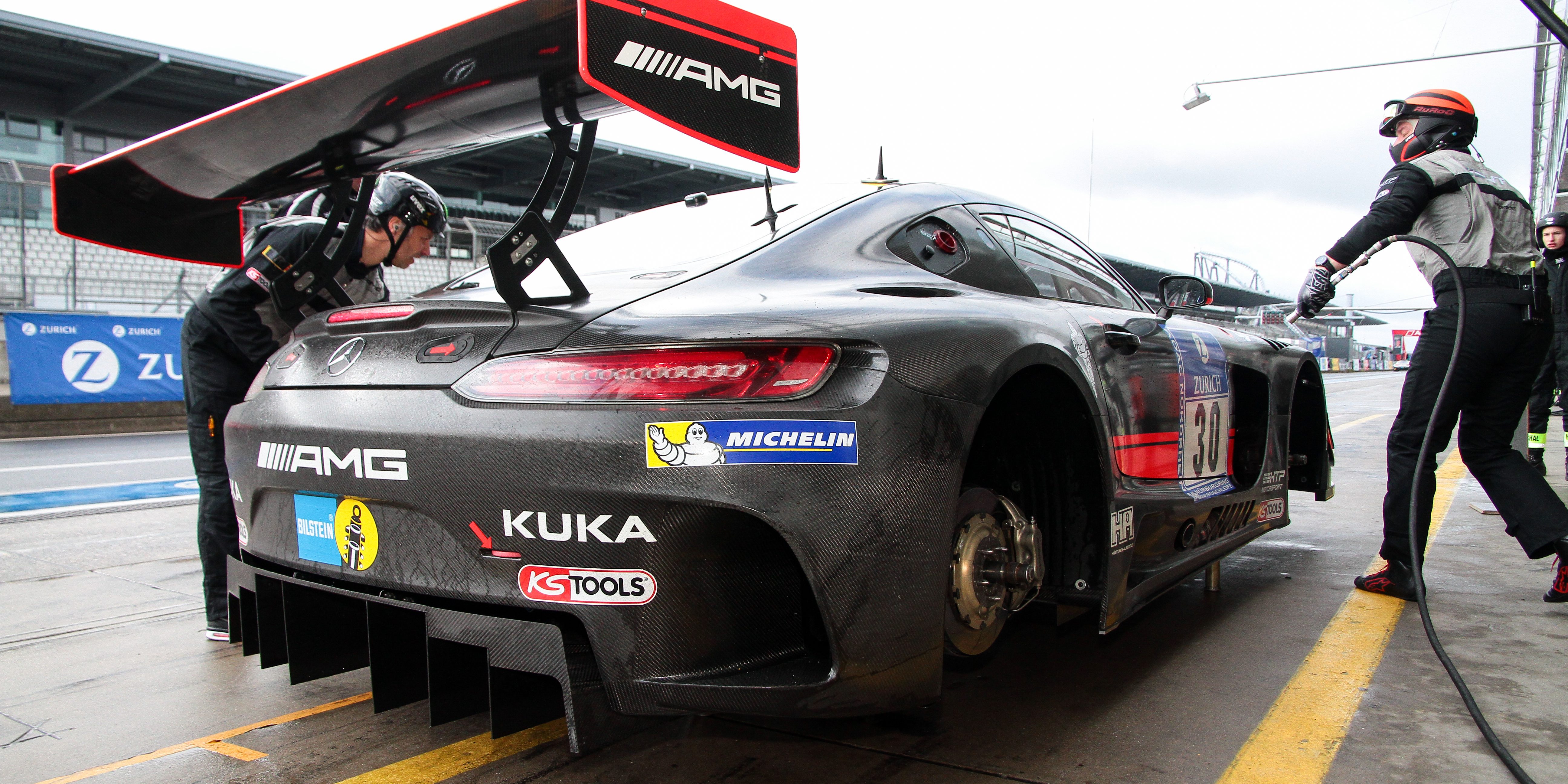 With only two remaining races of this year´s Blancpain GT Series, the run for the title is going head-to-head. The reigning Sprint-Champion Maximilian Buhk starts for the AMG-Team HTP Motorsport at the coming weekend and will go hunting for points together with team-mates Dominik Baumann (A) and Jazeman Jaafar from Malaysia.

Buhk goes as Runner-up in the overall drivers’ standings into the season final of the Endurance Cup of the internationally, high-ranked GT Championship. With 117 points in the overall rankings and only seven points behind the leaders, Buhk and his Austrian team-mate Dominik Baumann have all doors open. Buhk, Baumann and Jaafar are only running in fifth place in the Endurance Championship, however, the Mercedes-drivers are only 13 points behind.

“Nothing is lost and we are in a good position to win the Endurance Cup title at the weekend. We are all fully-motivated and can achieve a good result. The only thing that counts is to finish the race and collect as many points as possible”, said the 23-year-old.

No matter what will happen in the three-hour Endurance race at the Nürburgring on Sunday, the decision for the drivers’ championship will take place at the season final in Barcelona. Thanks to their great victory at the Sprint-Race in Budapest, Buhk and Baumann have reduced the gap. The AMG-Team HTP Motorsport is able to win the teams title this coming weekend, since the team based in Altendiez has an advantage of 18 points.

“I very much look forward to driving at the Nürburgring, because it is always a lot of fun”, says Maximilian Buhk. “We can take home the teams title and we will do everything to help the team win it. At the same time, we will focus on our race to ensure we are still in the run for the driver’s title in Barcelona. We have a strong package, a perfect car and should therefore be in a good position for a successful weekend.”