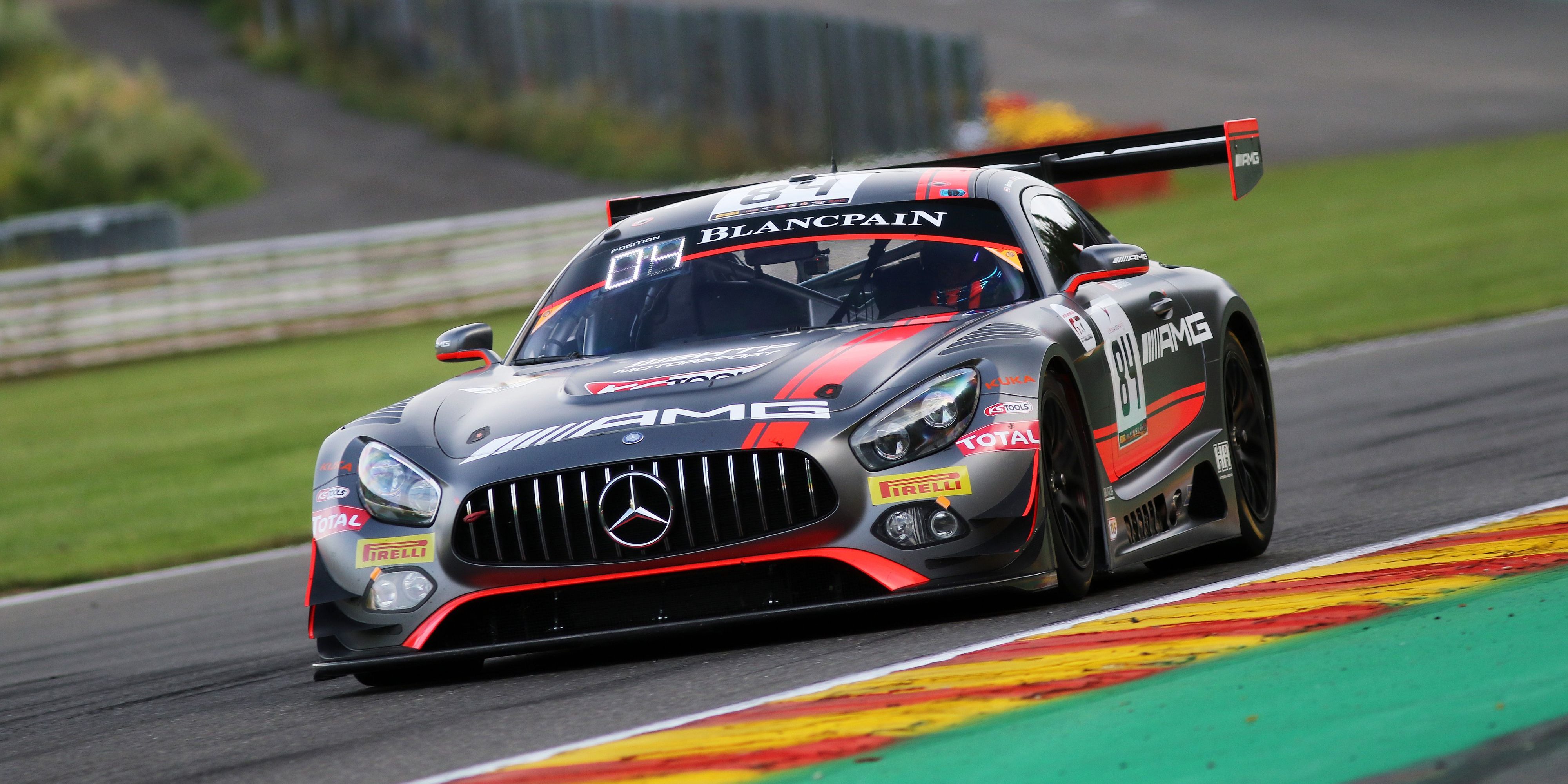 Maximilian Buhk crossed the finishing line in sixth position at the „Total 24 Hours of Spa“ after a controversy decision by the Sporting Directors meant the loss of the lap-times from qualifying. But thanks to an impressive performance together with his team-mates Dominik Baumann (A) and Jazeman Jaafar from Malaysia, the AMG-driver was able to finish the race in the Top-10.

The 24-hours-race held at the Formula One track in Spa-Francorchamps (Belgium) is one of the highlights on the racing calendar every year. After the sensational victory that Maxi Buhk took three years ago as the youngest ever winner of the 24-hours-race, the Hamburg-based driver competes with the new Mercedes-AMG GT3 for the first time.

Buhk qualified the #84 Mercedes-AMG GT3 initially in 5th place in Superpole, but later on the Sporting Directors put the car back into P17 on the grid. In addition to loosing grid positions, the Sporting Directors also ordered a five-minute Stop-and-Go-Penalty, which the #84 took on the first lap of the race under yellow, which minimise the lost time.

After his team-mate Dominik Baumann did the start and Jazeman Jaafar drove two stints, the 24-year-old went as third driver into the race. The first double stint went exactly as planned: the team only used one set of tyres and made-up 30 seconds to the front runners because of not changing tyres.

The second stint did not go as successful as before, but no time was lost. Bit by bit, both driver and team fought its way through the field to come home in sixth position.

„Despite the decision by the Sporting Directors, I enjoyed the race “, says Maximilian Buhk. „The Mercedes-AMG GT3 was very strong especially towards the end in the rain. I am not sure if we would have been able to drive right at the top if we hadn´t got the penalty. The competitors were very strong and it would have not been easy to drive on the podium. I am not satisfied with P6, but in the end we made the most of the situation and it was important to take home points. “