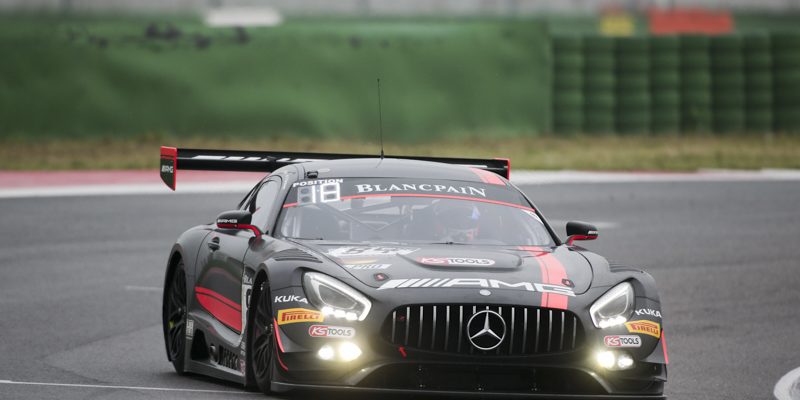 The summer break has come to an end: The second-to-last round of the Blancpain GT Spring Cup takes place at Budapest (Hungary) at the coming weekend. It is not only the first time for the international GT Championship to take to the Formula One track of the Hungaroring, but also for the young Hamburg-based driver Maximilian Buhk, who will debut on the 4.3-kilometre-long circuit.

The reigning Sprint-Champion, together with his Austrian team-mate Dominik Baumann, is currently 35 points behind the overall championship leaders. The German-Austrian driver pairing is only 22 points behind in the Sprint ranking.

“I think, our chances are pretty good”, says the 24-year-old. “We have shown on many occasions this year, that we can turn a difficult situation into something good. We have not tested at the Hungaroring not like other teams, but I think we will still be looking good. It will not be an easy task to take back the championship lead, because the competitors are strong. But with two good results and a podium finish in the Qualification and Main race, I think we will be able to collect important points. The fight for the title will be as exciting as it was last year.”

Buhk, who has finished consistently in the points rankings this year and secured a podium finish at the season opener in Misano, is looking forward to race on the new track. “I only now the track from driving on the Simulator and I like it. Of course, there is a difference between Simulator and reality, but the track has a good rhythm and I am confident, that we will have a strong weekend with the Mercedes-AMG GT3.”

The weekend will start with free practice sessions on Friday, followed by qualifying at 11:45 am on Saturday and the Qualification race at 5:15pm. The main race takes place on Sunday from 12:30pm until 1:30 pm.