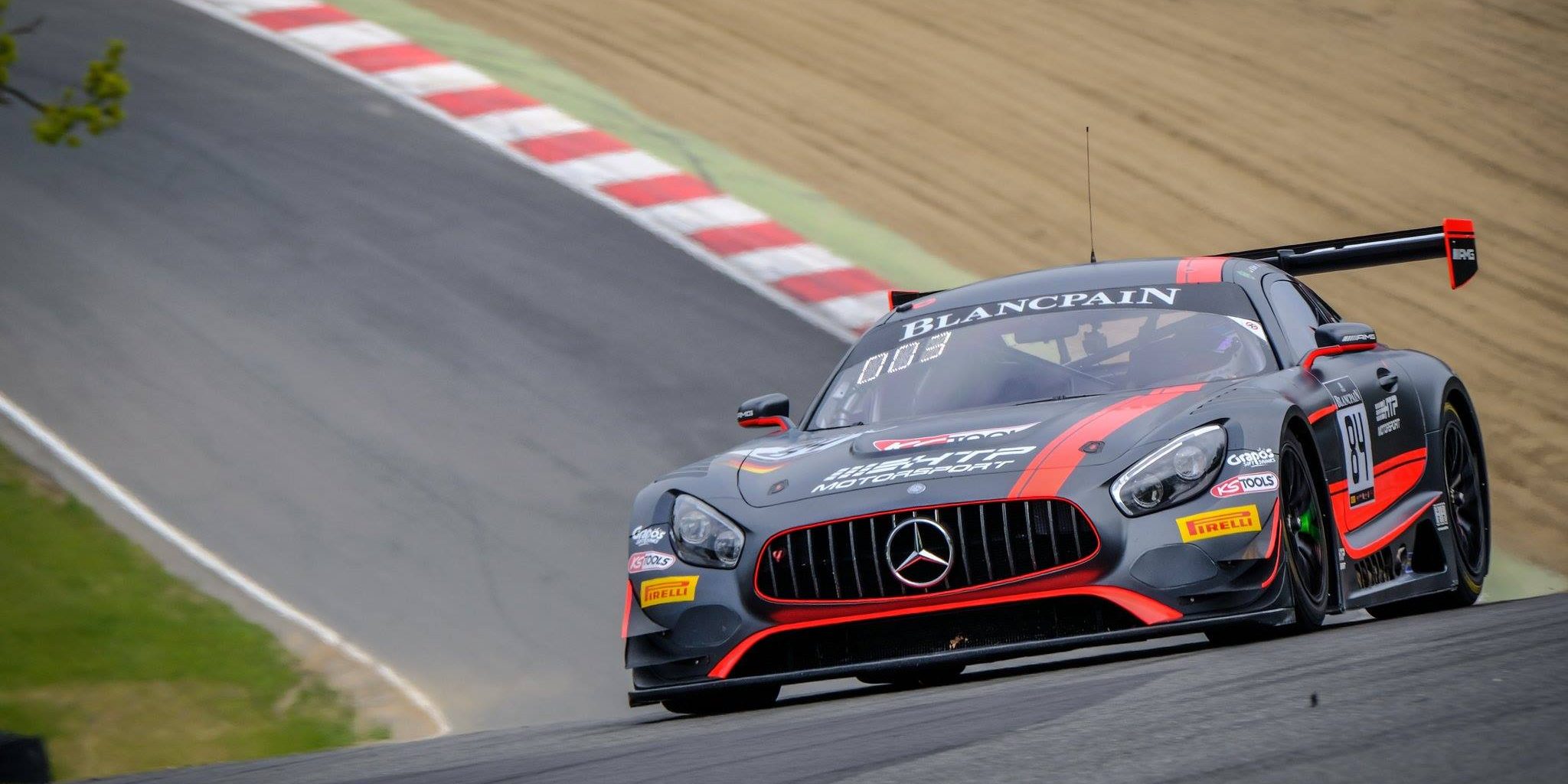 The Mercedes-AMG and Team HTP Motorsport driver Maximilian Buhk planned to extend his lead in the Blancpain GT Series Championship after his great results in both Misano and Monza. But the silver-arrow-driver suffered a disappointment at the second round of the Sprint Cup in Brands Hatch, following a tyre puncture in the qualifying race with no hopes of a good result in the points rankings in the main race. Buhk is now runner-up in the overall standings and leads the Sprint Cup by three points after the results of P23 and 7th position.

Due to the tight timetable with only a three-hour gap between both the one-hour races on Sunday, the main thing was to bring the car home in one piece after the first of the two races as well as securing a good starting point for the main race.

It was all going to plan until right before the end of the race. Buhks team-mate Franck Perera (FRA) went into the Quali-race from the fifth row. After an outstanding pitstop by the HTP crew, the #84 Mercedes-AMG GT3 gained many positions in the pitlane and returned into the race in P5. With only ten minutes to the chequered flag and a Safety Car period, Buhk suffered a tyre puncture, loosing immense time with the unscheduled pit stop. Buhk finished the race in a disappointing P23.

The main race was only a matter of making up. Buhk started from 23rd on the grid and impressed with a fantastic drive through the field up into P15. Perera took over the #84 car and after another great pitstop, he crossed the finishing line in seventh place.

Buhk has retained the lead in the Sprint Cup despite the set-back, however, due to the double victory of the Lamborghini pilots Bortollotti and Engelhart, the 24-year-old AMG driver is now runner-up in the overall championship (by seven points), heading into the second Endurance Cup race taking place at Silverstone this coming weekend.

“I was really looking forward to the race meeting in Brands Hatch, because it is one of my favourite tracks on the calendar”, said a disappointed Buhk. “We had a few problems in qualifying and should have placed our car a bit further up. The tyre puncture was pure bad luck and happens in racing. Unfortunately, the field was close together with the Safety Car period that we lost so many positions. We still made up fairly good ground in the main race, because the performance of the Mercedes-AMG GT3 was very good. But in the end, we did not score enough points like we should have done.

“We are now heading straight to Silverstone where we won the race last year. Our aim is of course to repeat the success and not lose touch in the championship running.”