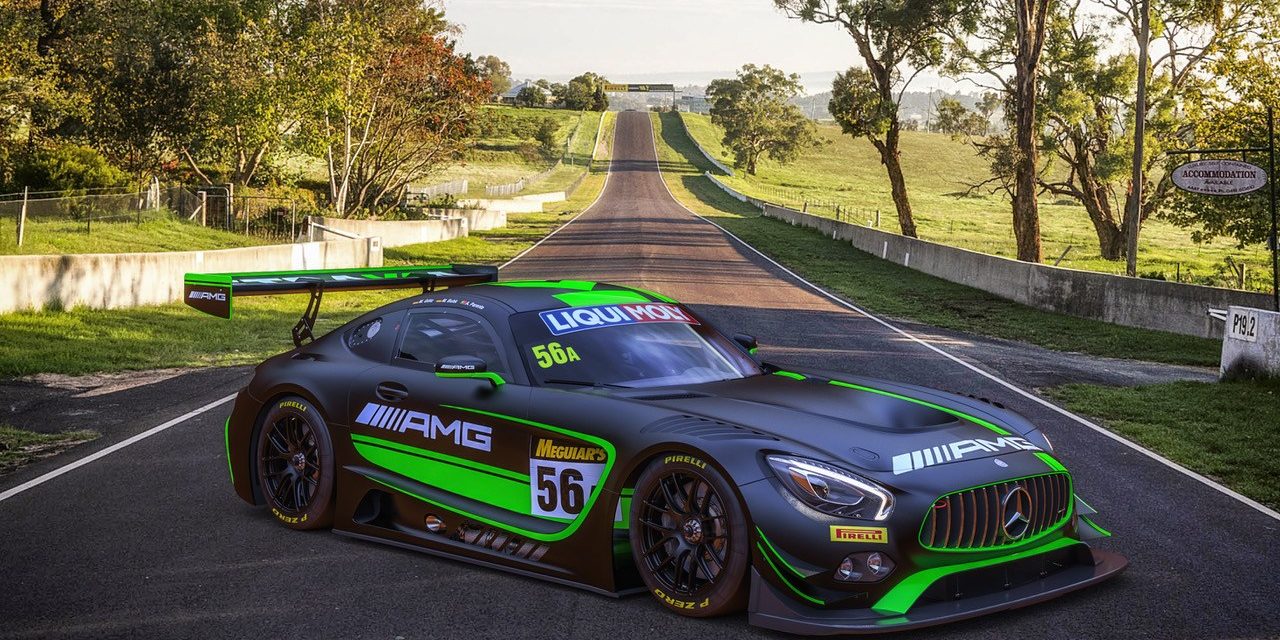 Maximilian Buhk will head into the 2018 season with one of the highlights on the international racing calendar. The AMG driver will start for Strakka Racing in the Liqui-Moly Bathurst 12 Hours in Australia this coming week. Buhk, who just renewed his driver contract with AMG for a further two years, will celebrate his debut in the Intercontinental GT Challenge. He will fully compete in the international GT3 Championship as well as racing in the Blancpain GT Series Endurance Cup and the 24h-race at Nürburgring.

Following a narrowly missed race victory in 2014, the 25-year-old is aiming to cut his losses at Mount Panorama this year. Racing for HTP Motorsport back then, the team was able to gain the lead in the third-half of the race, following a technical issue on the Mercedes SLS AMG GT3. Whilst running in the lead, the team was forced to pit the car for a brake-disk-change one hour ahead of the race finish. Buhk and the team came home in second place.

Buhk shares the cockpit of the grey-green #56 Mercedes-AMG GT3 with his former team-mate Maximilian Götz (GER) and the Portuguese and Ex McLaren driver, Alvaro Parente.

The 12 Hours of Bathurst are the first of four international endurance races that form the Intercontinental GT Challenge, which was formed in 2016. Among Bathurst, there are also the Total 24 Hours of Spa (Belgium), the Suzuka 10 Hours (Japan) and the Mazda Raceway California 8 Hours (USA).

Alongside that new challenge, Buhk will also participate in the Blancpain GT Series Endurance Cup for team Strakka Racing, driving the Mercedes-AMG GT3 at Monza, Silverstone, Paul Ricard and Barcelona. In addition, it is planned to compete in selected VLN races plus the 24h-race at Nürburgring Nordschleife.

“I am very excited about the year, especially about my contract extension with AMG”, says Maximilian Buhk. “AMG has proven to be very professional during past years and I feel very comfortable there. The Intercontinental GT Challenge brings a new addition to my race program this year and it will certainly be an exciting challenge.

“First of all, I am now heading to Bathurst to a track that I love and really enjoy driving on. It´s like a short Nordschleife where you cannot allow for any mistake, otherwise you go straight into the wall. We were so close in taking victory in 2014 and it would be nice if we were in a similar position again this year to fight for the front places.”