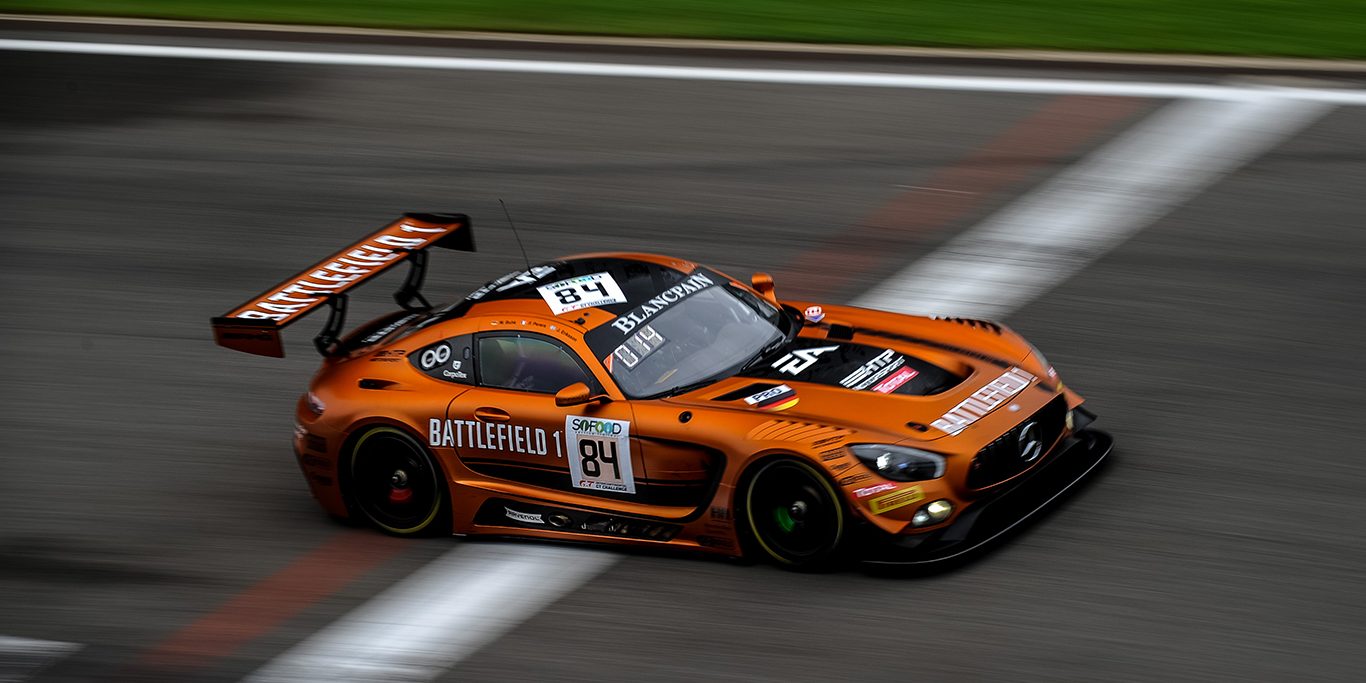 The AMG-driver Maximilian Buhk participated in this year´s Total 24 Hours of Spa for the fifth consecutive time. With strong lap times and seventh place in qualifying, the 24-year-old was able to run right at the top positions after the start and impressed with strong overtaking manoeuvres. Unfortunately, an accident by team-mate Eriksson meant the early retirement for the #84 Mercedes-AMG GT3 by the HTP team in the late evening hours.

The competitiveness of the 63 GT3 cars had not been as enormous and strong in any other race of the entire season. Therefore, a seventh place in qualifying, which was later confirmed by Buhk´s French team-mate Franck Perera in the so-called Super Pole (qualifying of the Top-20) was immensely important.

“I expected a pretty tough race right from the beginning”, said the reigning Blancpain GT Series Champion. “The first 35 cars were within one second during qualifying and therefore, we were very happy with a seventh place for the starting grid. You could have a good start from this position and were not too involved in the middle of the pack.”

Buhk also took over the wheel of the bronzed-coloured #84 Mercedes-AMG GT3 at the start and headed straight to full attack. On lap six, he passed the #2 Audi of Mies in a breath-taking overtaking move coming towards the bottom of the famous Eau Rouge. Within the next three laps he had made-up a gap of three seconds to take fourth place. He came to the pits from P2 on lap 26 and after his double-stint, the team was still running in the front positions for the next hours, after four hours in P4.

Until the late hours of the evening, Buhk and his team-mates Perera and the Swede Jimmy Eriksson were running within a promising chance for the podium. However, the corner Eau Rouge caused another victim just before midnight with Eriksson having to retire the #84 Mercedes-AMG GT3 following a heavy accident. The Swede luckily remained unhurt, but the severe damages of the car hindered the continuation of the race.

“It is extremely frustrating”, said Buhk after the early exit of the race. “The car was running absolutely superb, we faced no issues and were able to set a controllable pace. We were always in the running for the podium and we definitely had a good chance. Fortunately, Jimmy was able to escape the car unhurt, this could have ended differently in a fast corner like Eau Rouge. We put everything on one card to drive for victory and it´s a shame it did not work out. I would still like to thank my team and my driver colleagues for their great jobs throughout the entire weekend.”

Buhk will now look at a three week break before heading to the Fuji Speedway to participate in the Blancpain GT Series Asia once again.