Buhk is on a mission: title defence starts in Italy 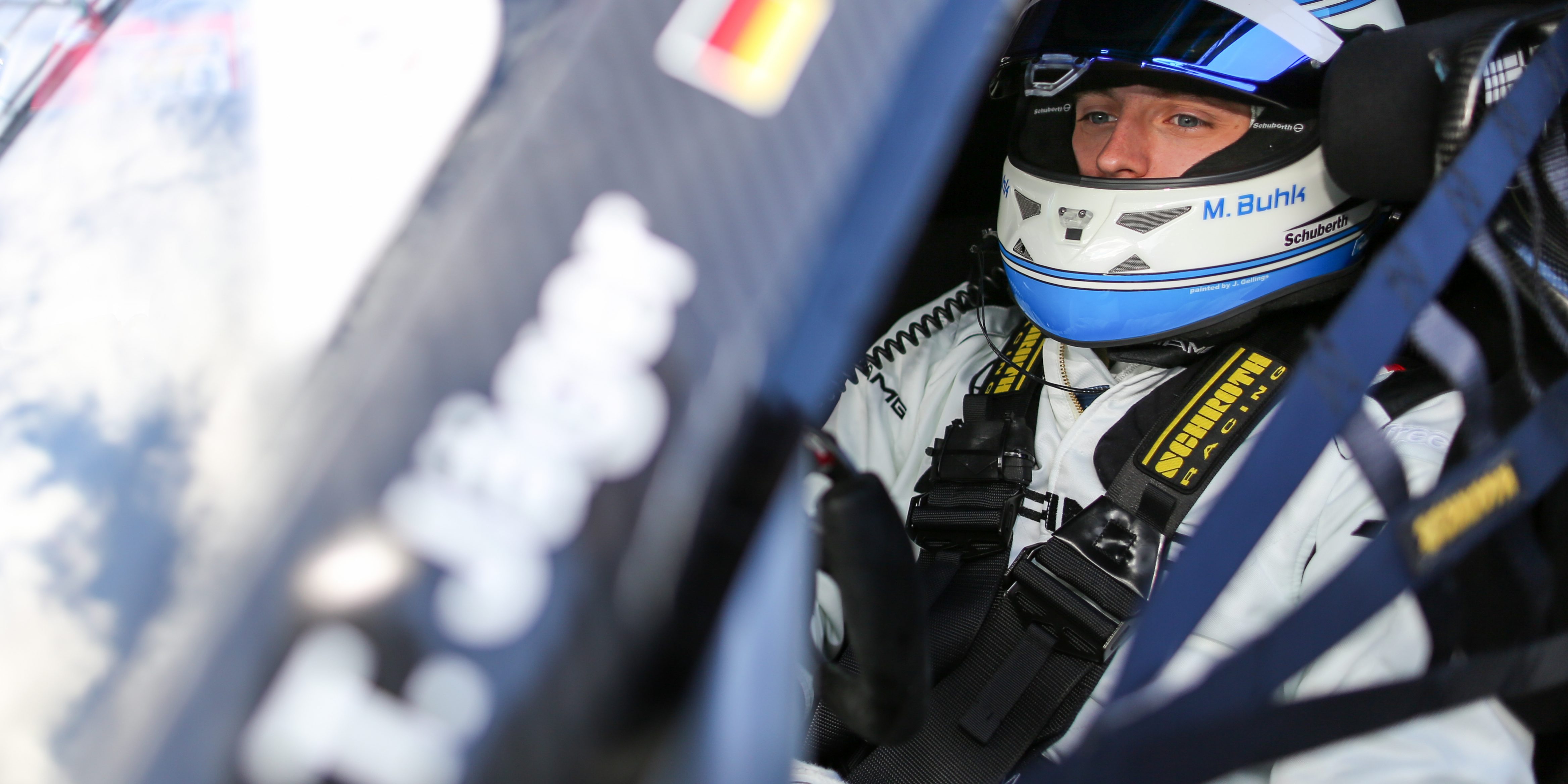 „Start is clear“ of the mission title defence: At the weekend the Blancpain GT Series Sprint Cup is going to begin for Maximilian Buhk in Misano (Italy). Together with his team colleague Dominik Baumann Buhk is going to start with the Mercedes-AMG GT3 of the AMG-Team HTP Motorsport in a series of five races, which he won last year. Not only the title defence in the Sprint-Series is Buhk’s season goal: Together with his team colleague from Austria, who he won the title in the FIA GT3 European Championship with in 2012, he will tackle the Endurance-Cup-Championship, which is also part of the Blancpain GT Series.

The two runs in Italy on Saturday and Sunday mark Buhk‘s first sprint race with the Mercedes-AMG GT3. Buhk has already had one entry with the new car this season: Last weekend the young Hamburger started in the VLN championship at the Nuerburgring with the Mercedes-AMG GT3. However his race ended early due to a contact of a team colleague which wasn’t his fault. „Nevertheless it was a great experience to drive the Nuerburgring-Nordschleife with a car of the top class and I was really satisfied with my lap times,“ says Buhk about his participation to prepare the debut of the 24-hour-race at the Nuerburgring at the end of May.

Italy holds another challenge for Buhk at the upcoming weekend. With about 40 competitors „rush hour“ is threatening in both races, one of which is going to be held on Saturday in the twilight. „The beginning of the season will certainly be very exciting, not only because of the big field of participants,“ says Buhk. „Nearly all competitors are going to start with new cars as well, thus it is difficult to make a specific forecast for the first race. We have been preparing intensively for the season, but there are lots of drivers and the fight will be harder than ever before. It’s our goal to be within the top ten at the first weekend and with a little luck we should be able to manage even more. I’m really looking forward to driving with Dominik again. Even in 2012 we were a great team in the European championship.“

Eurosport shows a recording of the first run on Saturday at 22:00, both races (Saturday 20:50, Sunday 14:15) can be watched online via the free livestream www.blancpain-gt-series.com.